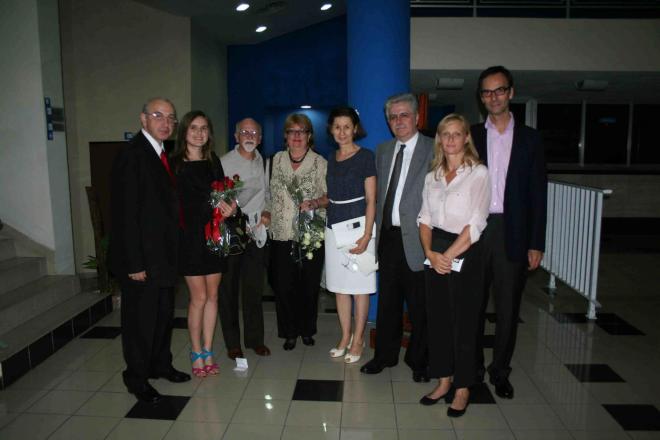 Romanian Ambassador to Cuba Dr. Dumitru Preda, Daria, Mrs. Preda (4th from left), followed by Hungarian and Austrian Ambassadors to Cuba and their respective wives. The photo was taken after the cinema screening of the feature documentary “Brasov: Probably the Best City in the World”, produced by Daria and directed by Bruno.